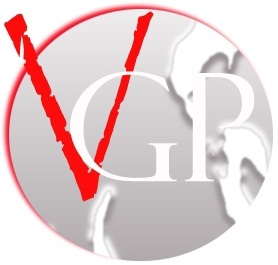 Virgogray Press is an independent publisher of poetry and literature from Austin, TX. Virgogray was established in 2004 by Michael Aaron Casares.

The collection of poetry and literature created by writers of the literary underground. The publication and proliferation of independent thought as expressed through literary art.

Virgogray Press was established in 2004 in San Antonio, TX by poet Michael Aaron Casares, who was experimenting with creating and self-publishing poetry chapbooks. Virgogray Press was founded on "do it yourself" ethics, and used the Internet and word-of-mouth efforts to promote its published work. Casares continued to use Virgogray Press as a venue for the publication of his own work. In 2008, Virgogray Press released its first work by a poet other than Casares. From 2008 through 2011, Virgogray Press released a series of chapbooks by various poets from around the United States and the United Kingdom, as well as released several chapbook anthologies that collected poetry fashioned after specific themes. Each chapbook from 2008-2011 were traditional, print-at-home, hand-made publications printed and bound by Casares himself. In 2009, Virgogray Press launched its flagship poetry journal, Carcinogenic Poetry. In 2011, Virgogray Press joined the print-on-demand revolution and began utilizing printer/publisher Lulu for its publishing needs. Unsatisfied with Lulu's policies as publisher of record and limited distribution, Virgogray Press parted with Lulu in 2014.

Below is a complete listing of the publications created by Virgogray Press. The library begins in 2004, in 2008 opens to poets and authors abroad. The Library continues to grow and is an axis of literature that is based in passion and soul, beyond beat and the avant garde and what is post modern. Many of the early, hand-made publications are out-of-print. The press is currently in the process of re-issuing certain chapbooks.