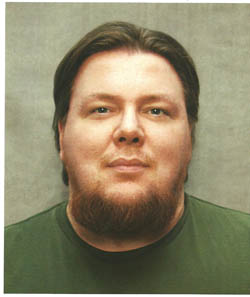 Tim Murray (b. 11 MAR 1977) is an American poet, editor, and internet radio show host. He is the host of The Tim Murray Variety Show on the Project U Radio Network and the poetry editor for Blotterature. Murray is the author of three chapbooks: What I Did Monday (Ten Pages Press), Dinosaur Ditch (Citizens for Decent Literature Press), and I’m This Robot (Eephus Press).

Murray is a lifelong resident of Northwest Indiana. He hosted the Red Fez Radio show from 2010-2012. He was nominated for a Pushcart Prize by NightBallet Press for his poem "Certified Outlaw". Citizens For Decent Literature Press published his chapbook Dinosaur Ditch in 2012. CfDL nominated him poem "Yep, Another Library Pome" for the Best of the Net (Sundress Publications) and "Part 1" from Dinosaur Ditch for the Pushcart Prize in 2013.