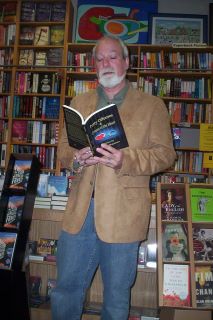 Mitchell Waldman, born in 1957 in Chicago, Illinois, is a fiction writer who works generally in the realist tradition (with occasional voyages into the world of magic realism) and enjoys using dialogue to bring his characters to life. He is the author of the new short story collection, Petty Offenses and Crimes of the Heart (Wind Publications, August 15, 2011), which was a finalist in the 2015 Bookbzz.com Prizewriters Competition, was selected as a "Reviewer's Choice" book by Midwest Book Review, as a "New and Notable" book by Newpages.com, and includes the Pushcart Prize nominated story, "The Duke of Broad Street."

Waldman's short stories, poetry, and essays focus in great part on the harsh realities of living in the world today, relationships, the plight of the middle and working classes, broken families, and various social issues. His work also deals, in some part, with the effects of war on families and their participants, as well as with alienation, in some instances in the context, specifically, of being a Jew in a largely Christian society.

New fiction of the author will appear soon in Adelaide Literary Magazine, and The MacGuffin.