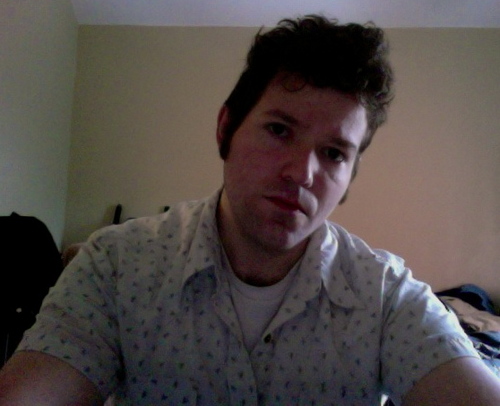 Chris Middleman (b. 17 September, 1982) is an American poet, pop culture critic and editor. His poems have appeared in small press collections such as New York Quarterly, Underground Voices Magazine and Zygote in my Coffee, where "Debtors" was a featured poem. Middleman was the Music Editor for the pop culture webzine Spectrum Culture for two years and currently plays guitar in a cinema-inspired, instrumentals-only recording project called Napatista.

Middleman is from Downingtown, Pennsylvania, an exurb of Philadelphia. After graduating college in 2004, he lived in Boston, Massachusetts for four years and eventually moved to his current home of Seattle, Washington in 2008.

"Debtors" Zygote in my Coffee

"At the Dealership" Underground Voices